If the Soya is not subjected to a previous thermal treatment, the nutritional value and the digestibility of the raw Soya proteins are quite low.

The raw Soya contains active materials biological material with an anti nutritional action. The most important are essentially proteases and hemoagglutinines, but saponines and factors inducing allergies, goitre and rickets are present as well with other substances.

Extrusion, consists of running ground and compressed Soya seeds through a die in an extrusion sleeve with an endless screw turning at a high speed.

The treatment’s objective by extrusion is triple :

The process of the dry extrusion guarantees these 3 objectives.

This process consists of raising Soya seeds to a very high temperature during a very short time (160 ° at the outlet’s die). This temperature’ s raising is essentially realised by transformation of the mechanical energy into heat in the extruder’s frame. The intern configuration in the machine assures friction conditions and appropriate shearing which make fragile the seeds’ cells.

The seed’s free water is raised to a higher temperature than vaporisation, but is still liquid because of the strong pressures it supports in the extruder’s frame. At the die’s outlet, the brutal come back to the atmospheric atmosphere gives a sudden evaporation to this water.

The effect of this vaporisation are :

The almost instantaneous come back of the product processed at a 150°C temperature stops nearly the reaction of “burn aspect”. This method has something in common with the HT-STntreatments (High Temperature – Short Time) which is similar to the UHT treatment (used for the conservation of the milk).

The energetic value is higher :

The product is more stable :

Its smaller water value after extrusion assures its conservation which, well stocked even
during months keeps a product which : 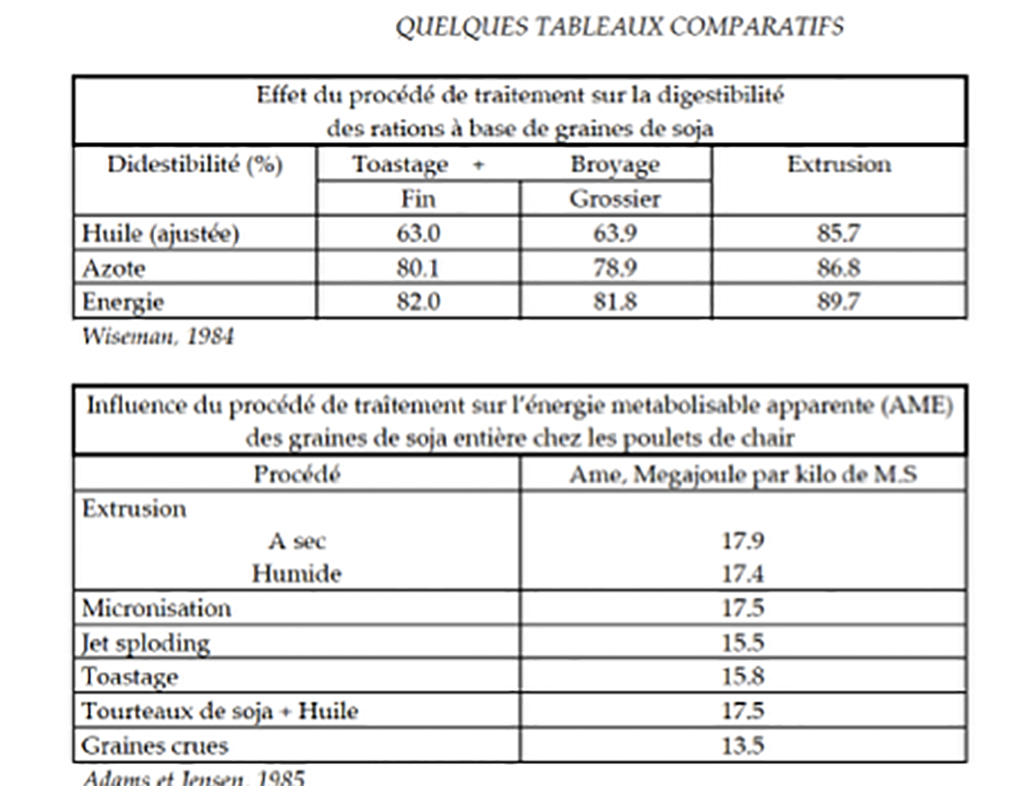